My friend Gavin Bell told me that one way you could tell a wack record store is if they put DJ Jazzy Jeff under "D" and MC Lyte under "M."

My CDs are alphabetized by artist and then in order that the albums came out. Most of the time it's straightforward, but in the hip hop world alphabetization, like many things, gets a little weird.

I'll start with the easy ones...

MC Hammer. Of course, under "H." Particularly since he changed his to "Hammer." We would not want to put them in two places now would we?

Salt-N-Pepa. We don't know Salt's last name (maybe it's "Shaker") so it will have to go under "S." I saw her speak on TV once and they displayed her name below her: "Salt." Cracked me up. She makes less sense without the Pepa. Can you imagine her going solo? "Did you check out the new joint from Salt? Yo, she and Pepa had a nasty break-up. New album's called "Pepa Don't Preach.""

Snoop Doggy Dogg. Should it go under "D" assuming his last name is "Dogg?" No. Ol' Dirty Bastard goes under "O;" you would not refer to his late greatness as "Mr. Bastard." That's just wrong.

Foxy Brown. Not sure about this one. I suppose Brown is her last name, so it should go under "B?"

Dr. Dre. Goes under "DR" with no decisions to make. Good lookin' out, Dre!

Eric B. & Rakim. "E" or "B?" Gavin says that using last names is a bad idea in general with hip hop, and I'm starting to think he's right.

A Tribe Called Quest. I guess since "A" is an article, it should go under "T," but I think I actually screwed this up in my collection...

Lord Jamar. Also Lord Finesse and Lord Sear. I'm thinking this is like "Master" (and "Masta") and would go under "L." Same goes for any future rapper whose name is "Lawd" something.

JMY said…
I cannot believe no one commented on this. I always have issues with the Tupac albums. Because of names like Eric B. I have resorted to using first names, but with 2pac I am unsure. I believe I will use Tupac.
10:53 AM

SoulID said…
DJ Jazzy Jeff and the Fresh Prince?
MC Paul Barman?
Queen Latifah?
And of course, how could you forget...The Notorious B.I.G?

Unlike Jazz, Soul, Funk, etc, I am pretty sure I will just treat all these artists as “acts”, and go by the first major letter, which may include MC and DJ, wack as that may be.
4:08 PM 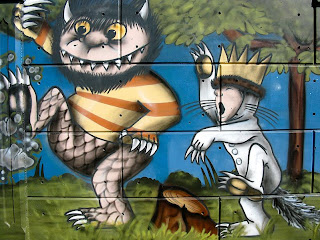